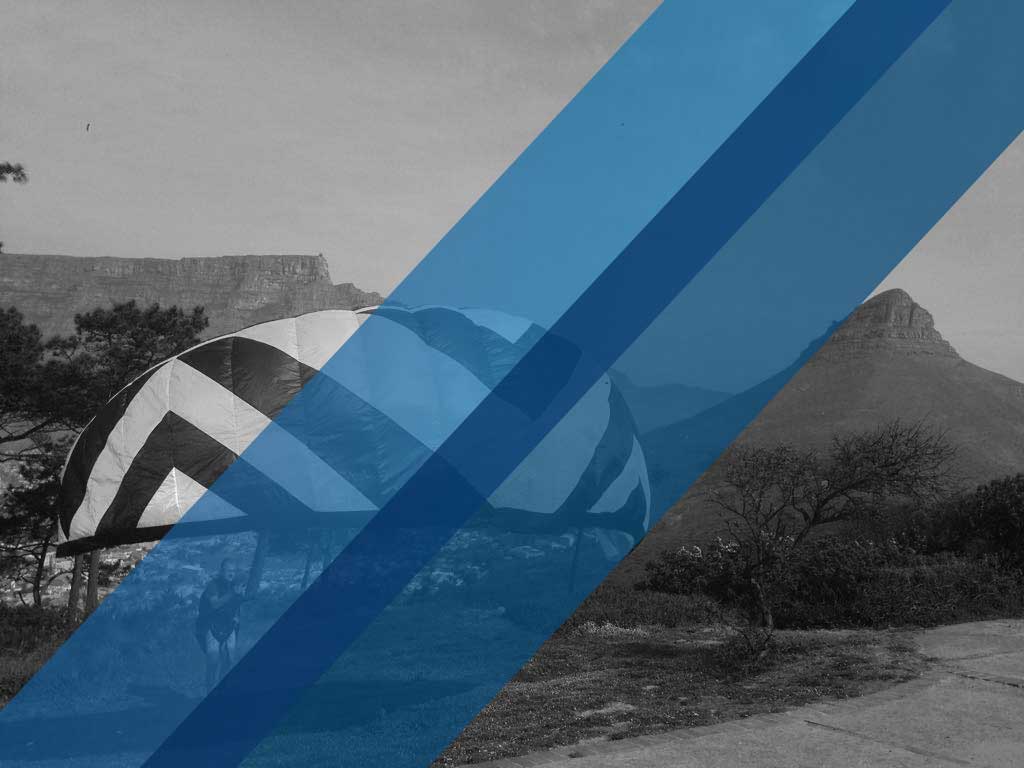 Specialist SA fabrics to take to the skies in France at Coupe iCare.

South African textile manufacturer Gelvenor is readying to take the paragliding market by storm with the release of a new leading-edge aeronautical fabric, this month.

KwaZulu-Natal-based Gelvenor Textiles, well known for its specialist highly engineered protective and aeronautical fabrics, has teamed up with Peter Wallend, a South African paragliding pioneer and owner of Cape Town-based paragliding school Wallend-Air, to develop a new custom glider using a specially engineered fabric that will heighten the paragliding experience.

They plan to launch the new paraglider to thousands of aero sport enthusiasts at Coupe iCare, the world’s greatest free flight trade show in France from 22 – 25 September 2016.

“Gelvenor wants to re-establish a foothold in the paraglider fabric market. To do this we need to disrupt the status quo. We want pilots to start questioning what fabric their parachute or glider is made from, as this has enormous bearing on safety and performance,” said Sefton Fripp, Gelvenor Marketing Manager.

Gelvenor believes that being the first textile manufacturer to launch an exclusively designed world class glider made with its own unique engineered fabric will make an impact.

“There is no better platform from which to launch a new product than Coupe iCare. It is the pinnacle of paragliding attended by all the leading brands, top pilots and it’s a great venue, said Fripp.

The fabric for the paraglider is unique and not being used anywhere else except in some experimental projects being undertaken by Gelvenor clients. “These are exciting innovations and initial feedback is very positive,” he said.

While no value has been put on the development of the new popular mid-end standard (EN-B) glider, it has been in trials and testing for some time which is in keeping with the standards of Gelvenor.

“The lives of people are dependent on our fabrics. There is no room for error which makes it essential to have precision and a high standard of quality throughout the production process”, said Fripp.

Three critical factors differentiate Gelvenor’s technical fabrics. These are in-house production from start to finish which ensures their expertise throughout production and guarantees the performance of the textile; the value placed on research, development and innovation from its dedicated research division and extensive testing over at least three years to ensure safety.

Fripp gives Wallend the kudos for the new paraglider concept, the design of which is inspired by Africa and has an ethnic influence through the Gelvenor fabric and its wing builder, Wallend-Air. 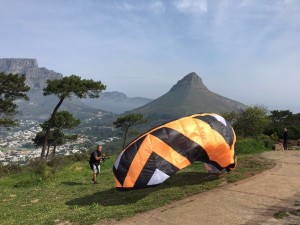 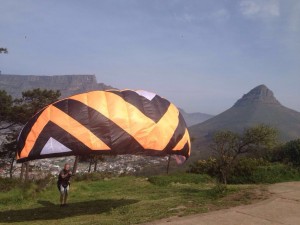 He said: “Peter wanted something comparable with existing textile offerings from Europe and the East, but made in South Africa. This meant readily available, reliable and consistent supply. We struck a chord from our first meeting and one tandem flight later we had a solid concept and our adventure began.”

This year visitors to the trade fair will be able to try-out a pull-up glider at the Gelvenor stand to get the feel of piloting and controlling a wing. “The pull-up is usually used to train pilots, as it is easier to handle than a full size glider, especially in strong winds,” explains Fripp.

Gelvenor will also host a competition, at its stand A11, in which visitors who subscribe to its database could win the exclusive Gelvenor pull up glider and runner-up prizes of Go-Pro Hero’s and bags.