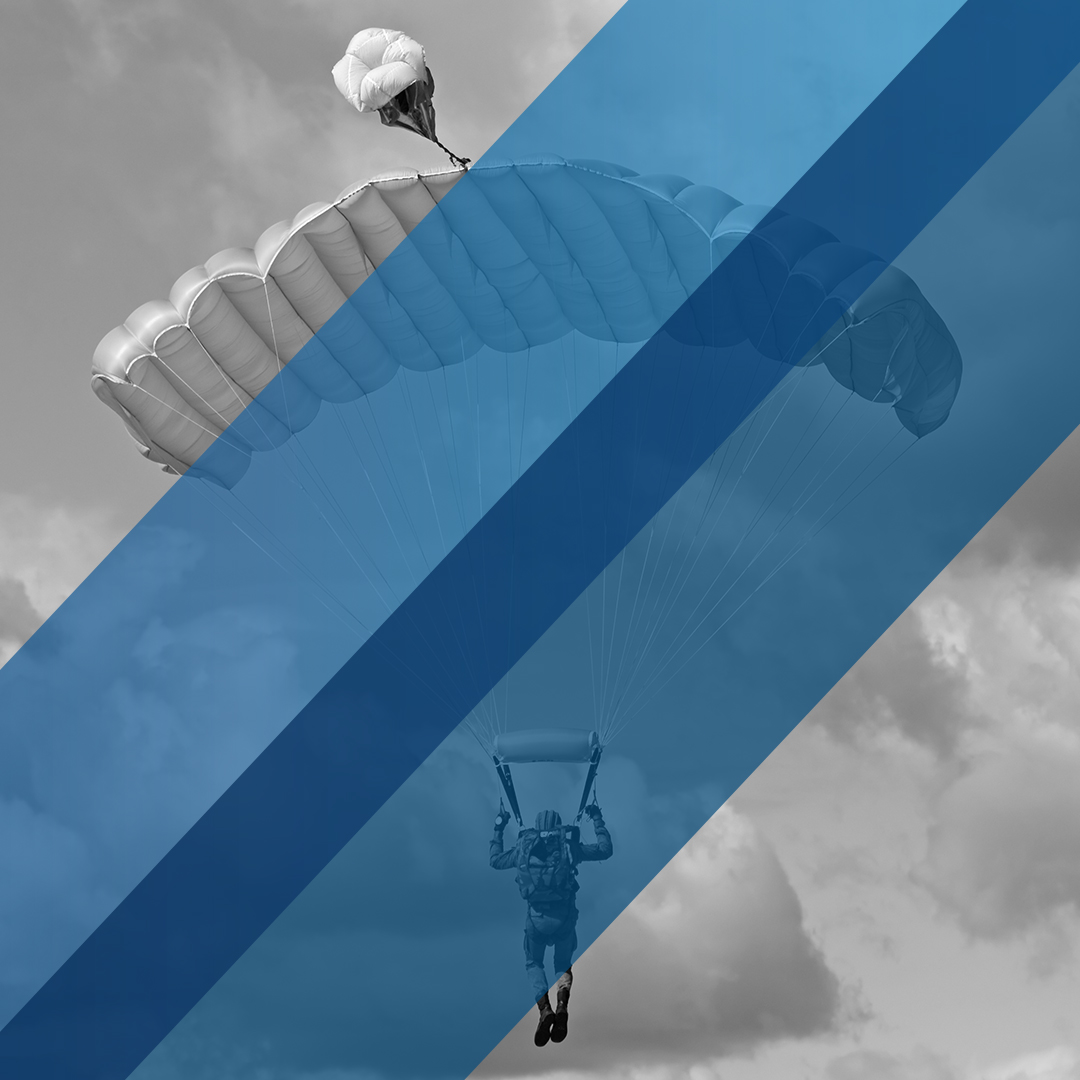 The Evolution of The Parachute 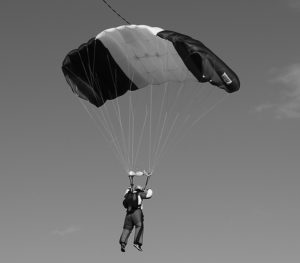 In 1967, Gelvenor Textiles took the development of parachute fabric to the next level, but do you know where the sport actually began?

Legend tells us of the Chinese Emperor Shun, who nearly 2000 years before the Han dynasty, used a makeshift parachute made from two bamboo hats to escape from a high building. This is when it is commonly agreed that the principal of using increased air resistance to reduce falling speed, was first realised.

Then, in the 15th century, the artist known as Leonardo Da Vinci imagined and sketched the first parachute. Leonardo’s parachute was 7 meters long and consisted of sealed linen cloth held open by a pyramid of wooden poles. His ideas were way ahead of his time and the technology available at the time was not able to sustain his inventions, so nobody was able to develop a practical parachute until many years later.

In 1783, Frenchman Louis-Sébastien Lenormand survived a jump from a high tree with the help of two modified umbrellas. He refined his idea and made the first recorded parachute jump when he stepped off the top of the Montpellier Observatory and landed on the ground unharmed a few seconds later. This feat was achieved using a rigid wooden frame with a 14-foot cloth parachute covering it.

While the structure of the parachute has been reinvented and refined over 100s of years since, the evolution of the parachute would not be where it is today, were it not be for the innovation and development of the actual fabric that parachutes are made from.

Gelvenor Textiles has been manufacturing parachute fabrics that deliver the ultimate in performance for over 50 years and are a long-standing member of the Parachute Industry Association.

Gelvenor Textile’s production experience and advanced fibre technology ensures that the parachute fabrics they produce are durable, lightweight, flexible and boast a high tear resistance, all with a low pack volume. All their fabric also undergoes an extensive, independent accredited 3-year testing process to ensure that it meets their incredibly high standards.